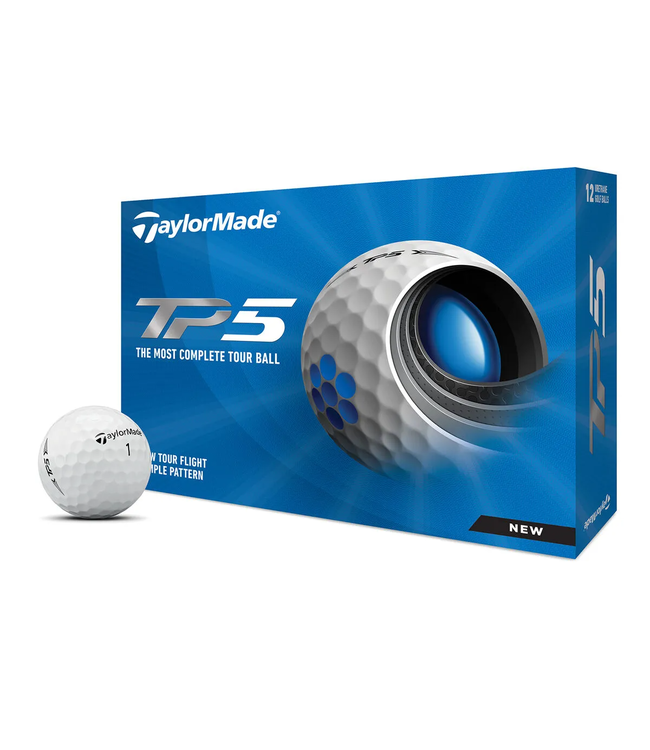 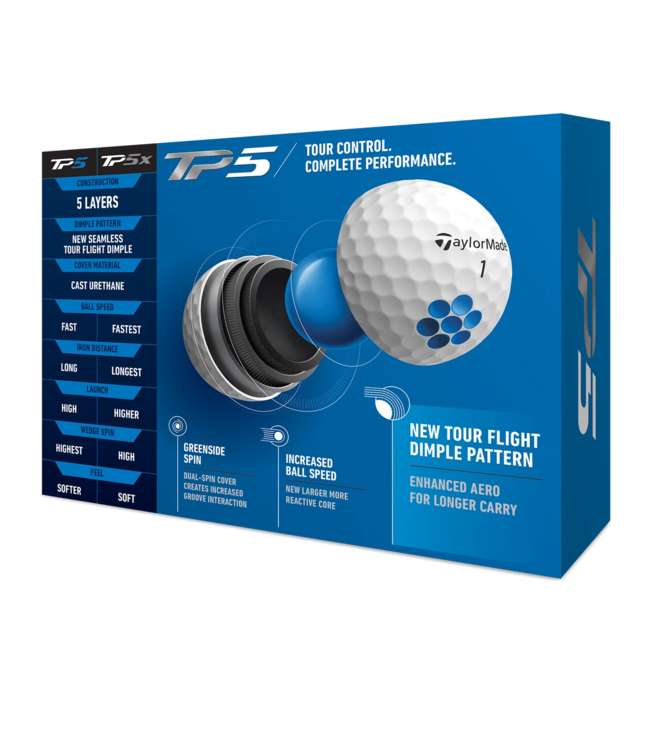 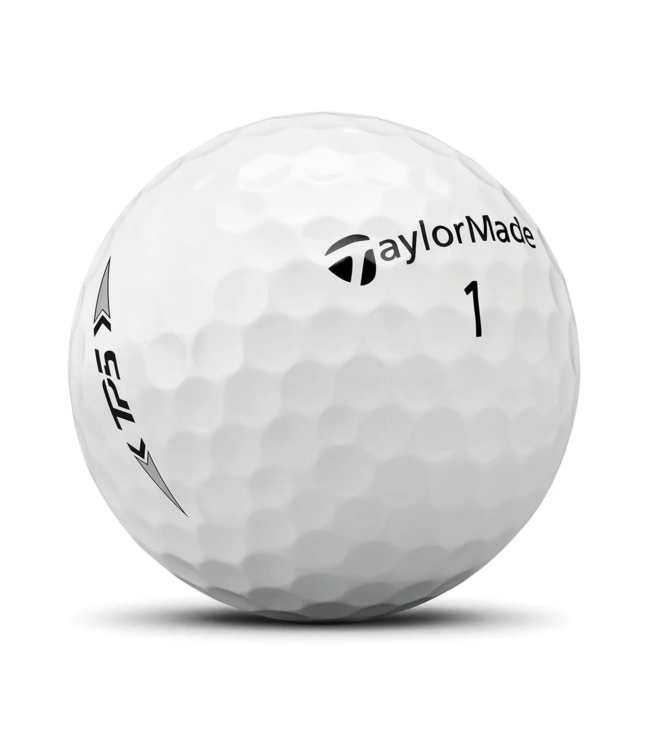 There’s a reason TP5 is the Most Complete Tour Ball in Golf, because it’s built like no other. As the only 5-layer Tour ball, it delivers unmatched performance off the tee, from the fairway and around the green. On any shot the golf course throws at you, Read more..

The new Tour Flight Dimple Pattern unlocks the next level of aerodynamics while promoting maximum carry distances and a steep angle of descent for extra stopping power, especially on long irons. 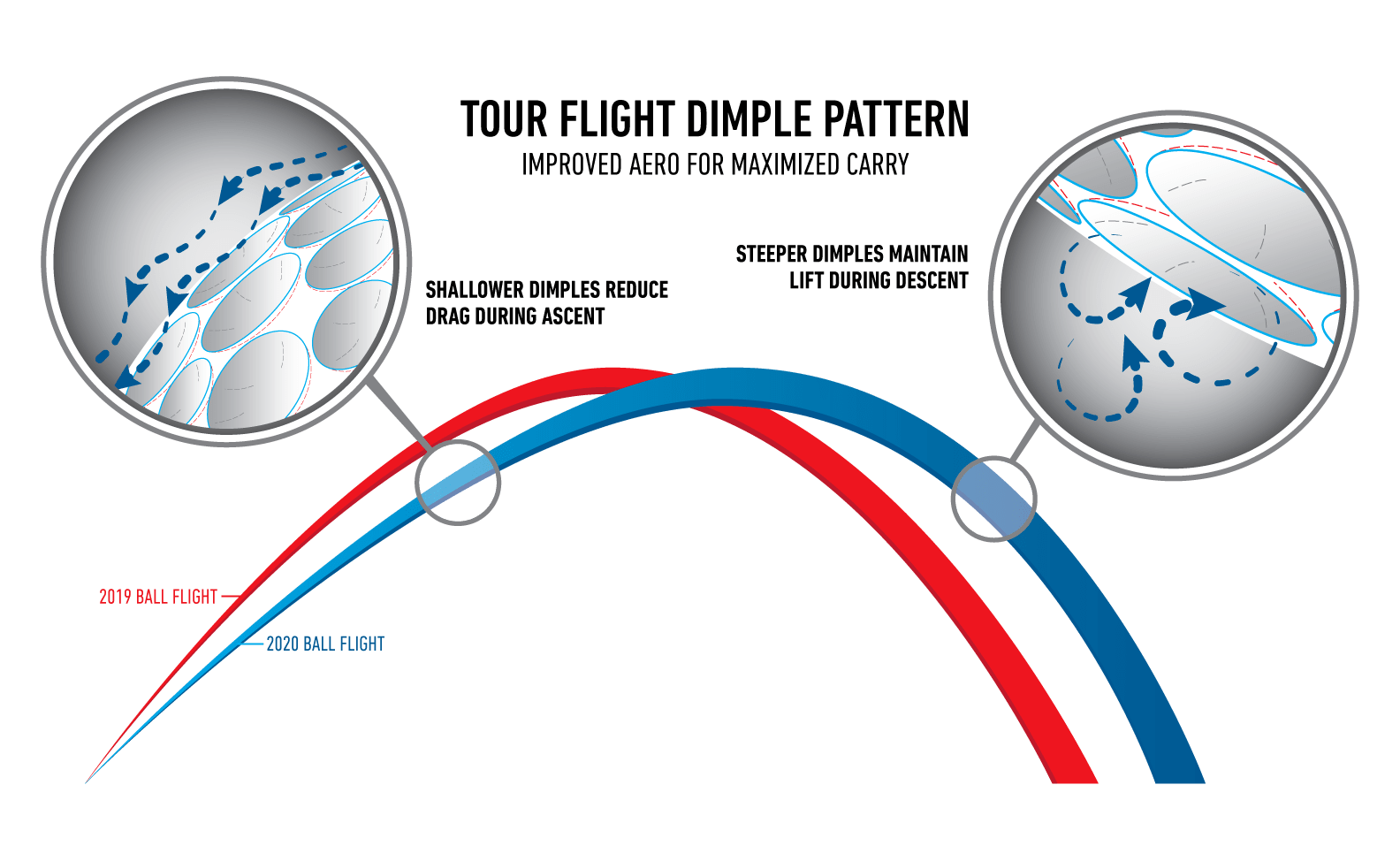 TP5 is our softest and highest spinning Tour ball, with enhanced stopping power inside 100 yards. Fueled by a soft cast urethane cover, its increased greenside spin provides control and precision where it matters most: Closest to the pin. 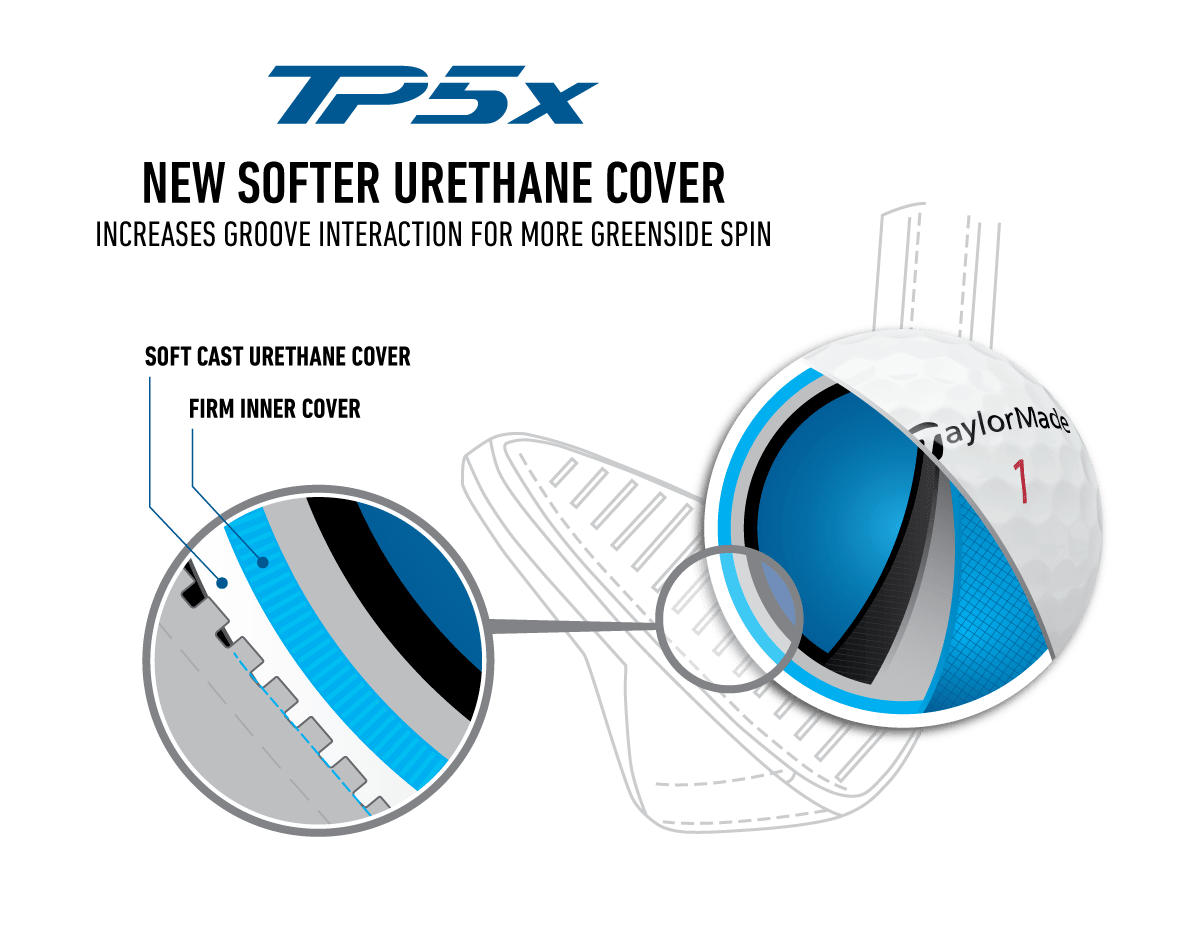 A larger and more reactive core is the centerpiece of the new TP5. It is designed to store and release energy more efficiently, delivering a spring-like effect that results in faster ball speeds and increased distance compared to its predecessor. 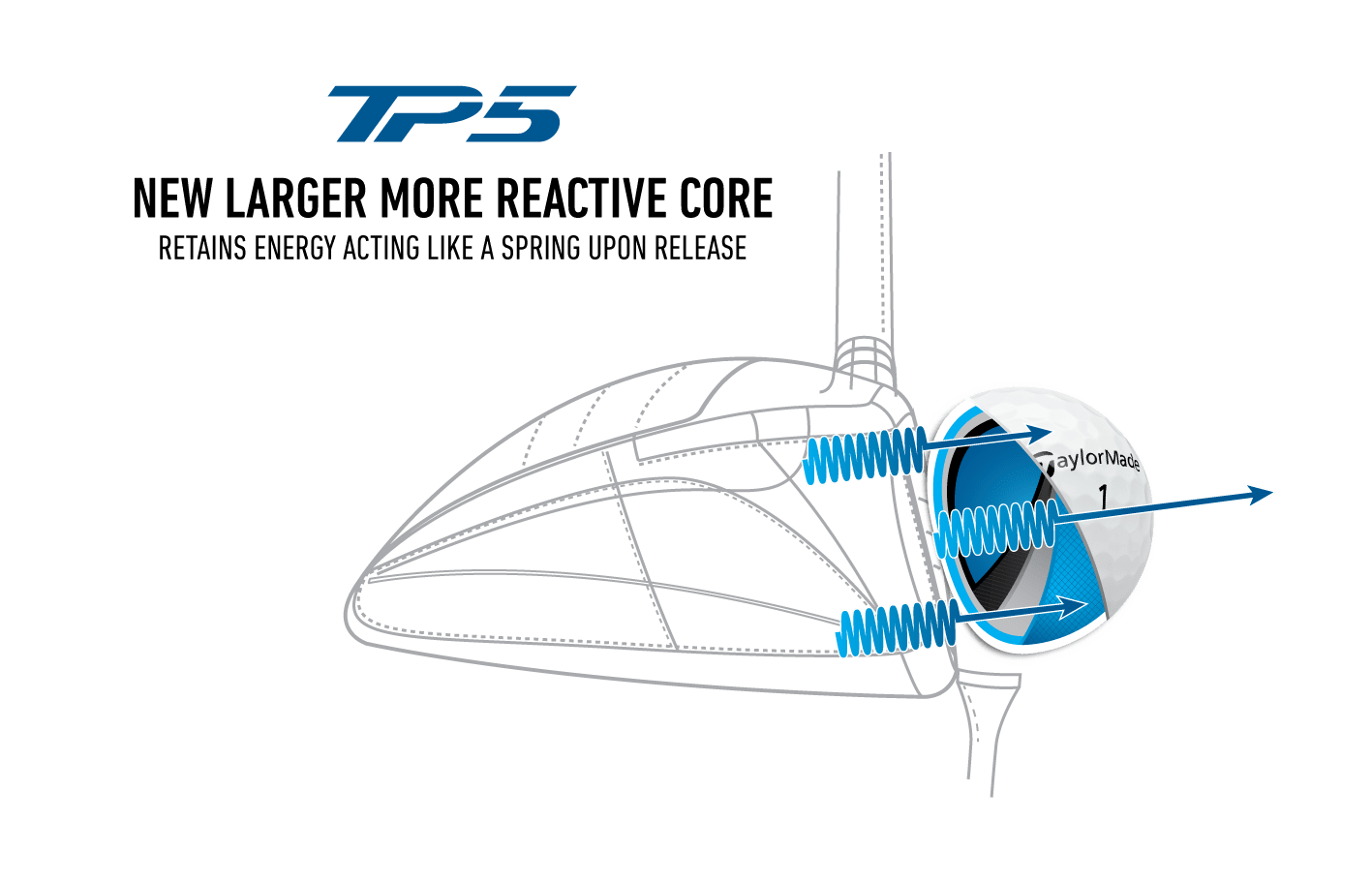 THE PATH TO DISTANCE

The path to distance has evolved with the all-new TP5. In 2017, a movement began with the optimal spin and launch conditions provided by our 5-layer construction. Then we increased ball speed with the HFM Speed Layer and now we’ve added advanced aerodynamics with the Tour Flight Dimple Pattern. 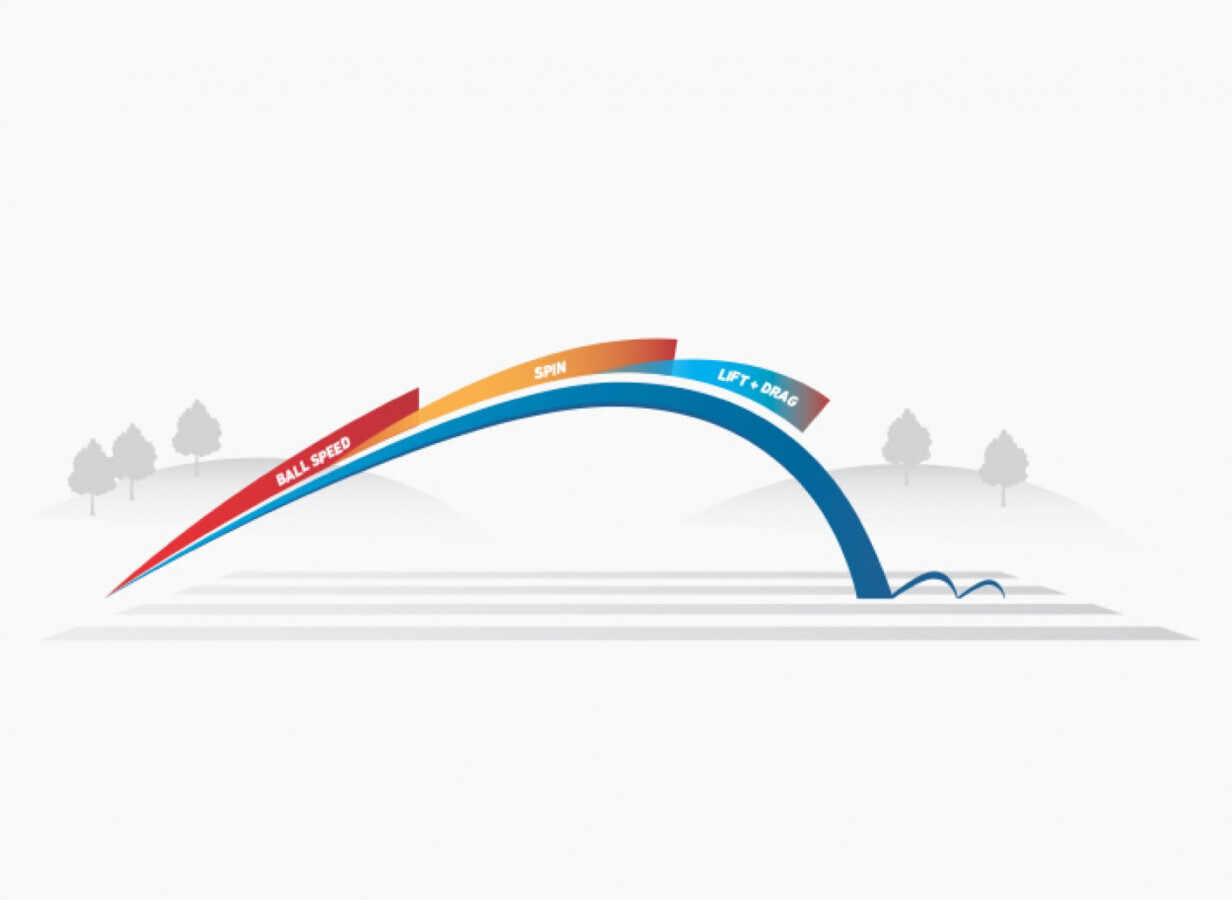 Our most aerodynamic dimple pattern ever is now producing explosive carry distances. This unique design features a 322-dimple pattern engineered to deliver improved aerodynamics. It features a shallow overall dimple to reduce drag during ascent, with steep walls to trap air during descent in order to maintain lift and keep the ball airborne for longer.

The Speed-Layer System is comprised of four increasingly stiff layers to produce more ball speed. The result is more carry distance off the tee, more control in the wind, and more spin around the greens.

0 stars based on 0 reviews

0 stars based on 0 reviews